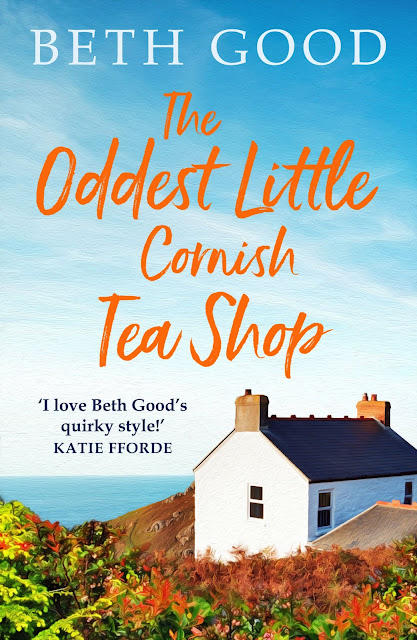 It's a big day for Charlie Bell - the grand reopening of her Aunt Pansy's long-closed tea rooms in Tremevissey, a quaint Cornish seaside resort. But not everyone is happy for Charlie. The locals say the tea rooms are cursed. For Pansy was cruelly jilted by her lover, and walked out into the ocean, never to return.

Charlie dismisses the 'curse' as superstitious nonsense, but by the end of the first day, her world is in tatters, and she's not even sure the tea rooms can open again.

Then in walks a rugged, taciturn man with a sexy smile and everything he owns on his back, looking for a summer job . . .

Is Gideon Petherick an angel in disguise? Or is history about to repeat itself? 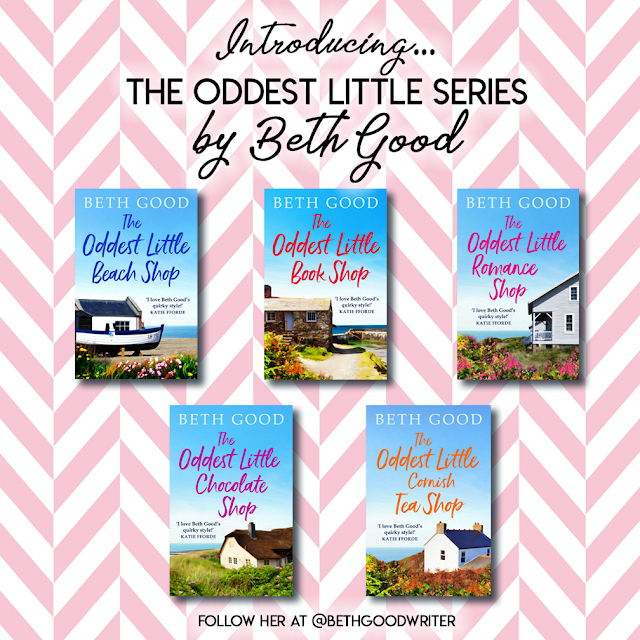 …‘are you having it off with that total sex god, Gideon Petherick? … Oh come on, don’t tell me you’re too shy to admit it. I’d be telling anyone who’d listen if I’d caught someone like that.’ Elsie wriggled oddly beside her, as though her knickers were too tight and she was trying to adjust them. ‘After all, look at him. It’s not like he isn’t the sexiest beast on two legs in this back-of-beyond village. If I was you, I’d have jumped his bones soon as he walked into my place.’

Elsie fell silent suddenly, then made a kind of strangled moaning noise in the back of her throat. She was staring at Gideon’s rear as he bent over the pool table to take his shot. ‘Christ, will you look at that? I bet that’s a mouth-watering parcel in tight, white cotton boxers… Like two hardboiled eggs in a hanky,’ she finished under her breath.


‘Maybe a little bit handsome,’ she ventured, careful not to let him see how sexy she found him. Even though she had probably given it away once or twice. Okay, definitely twice. ‘Definitely not as hot as Poldark. But you’re ... passable. It wouldn’t be a hardship to be seen in public with you, let me put it that way. Especially in a posh car,’ she added shamelessly.

I have come to the end of my Beth Good stash and am feeling a bit melancholy and rueful having completed this one as it is the last treat in the bag for me as I’ve now finished all the published installments of the Odd Little Shop series. I enjoyed the curiosity prickling storyline and adored all the colorful characters in this one. Poor Charlie, she had worked so hard to reestablish her family’s business but a string of disasters struck during the Grand Re-Opening the of the Cornish Tea Rooms, mainly due to personnel issues, like grossly incompetent ones. The locals had long claimed the Tea Rooms were cursed, but Charlie didn’t think so. Luckily, all was not lost as a very sexy knight in shining apron named Gideon arrived on her doorstep seeking a job. Gideon had the ladies all a flutter and overheating and caused Charlie to have recurring problems with concentration and breathing. They worked well together and found their collaboration leading to a different kind of business after-hours, which produced high temperatures in other rooms besides the kitchen.

How unexpected and ingenious for a series to not overlap in some way. I personally believe the divine and sublime Ms. Good should continue this cleverly amusing series into perpetuity, and why not? Cornwall appears to be a treasure trove of quirky villages with which she could continue to apply her own distinct and special blend of witty wares. I have cherished each of her five uniquely appealing and mirthfully entertaining novellas and she has hooked me with her pleasantly addictive style, and like a crack-head on the pipe, I feel rather desolate with the inability to reach for more.

Born and raised in Essex, England, Beth Good has whisked away to an island tax haven at the age of eleven to attend an exclusive public school and rub shoulders with the rich and famous. Sadly, she never became rich or famous herself, so had to settle for infamy as a writer of dubious novels. She writes under several different names, mainly to avoid confusing her readers - and herself! As Beth Good, she writes romantic comedy and feel-good fiction. She also writes thrillers as Jane Holland, historicals as Victoria Lamb and Elizabeth Moss, and feel-good fiction as Hannah Coates.

Beth currently lives in the West Country where she spends a great deal of time thinking romantic thoughts while staring out of her window at sheep. (These two actions are unrelated.)

You can find her most days on Twitter as @BethGoodWriter where she occasionally indulges in pointless banter about chocolate making and the Great British Bake Off. Due to a basic inability to say no, she has too many children and not enough money, which means she needs as many readers as she can get. 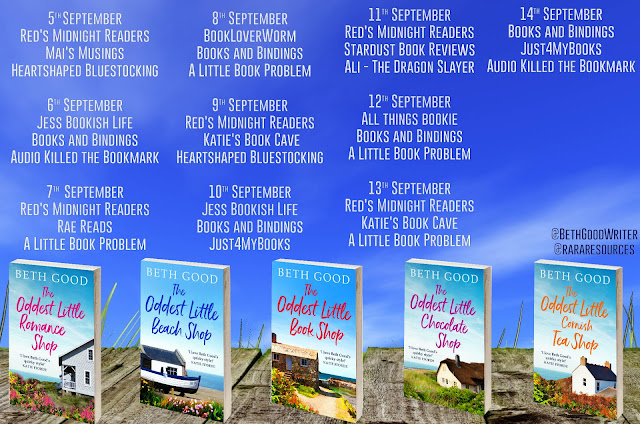