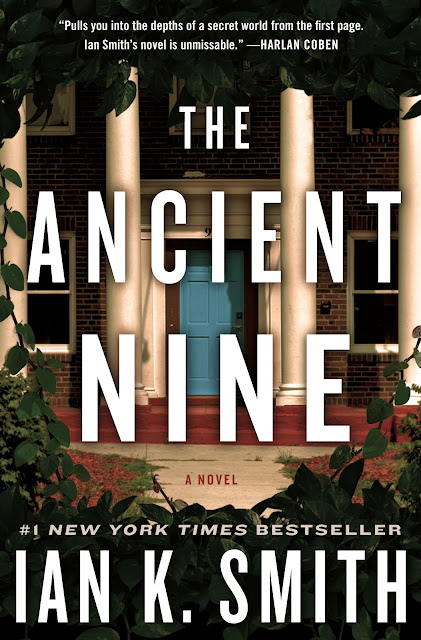 
An unlikely Harvard prospect, smart and athletic, strapped for cash, determined to succeed. Calls his mother—who raised him on her own in Chicago—every week.


A white-shoe legacy at Harvard, he's just the most recent in a string of moneyed, privileged Winthrop men in Cambridge. He's got the ease—and the deep knowledge—that come from belonging.

These two find enough common ground to become friends, cementing their bond when Spenser is "punched" to join the Delphic Club, one of the most exclusive of Harvard's famous all-male final clubs. Founded in the nineteenth century, the Delphic has had titans of industry, Hollywood legends, heads of state, and power brokers among its members.

Dalton Winthrop knows firsthand that the Delphic doesn't offer memberships to just anyone. His great-uncle is one of their oldest living members, and Dalton grew up on stories of the club's rituals. But why is his uncle so cryptic about the Ancient Nine, a shadowy group of alums whose identities are unknown and whose power is absolute? They protect the Delphic's darkest and oldest secrets—including what happened to a student who sneaked into the club's stately brick mansion in 1927 and was never seen again.

Dalton steers Spenser into deeper and deeper recesses of the club, and beyond it, to try to make sense of what they think they may be seeing. But with each scrap of information they get from an octogenarian Crimson graduate, a crumbling newspaper in the library's archives, or one of Harvard's most famous and heavily guarded historical books, a fresh complication trips them up. The more the friends investigate, the more questions they unearth, tangling the story of the club, the disappearance, and the Ancient Nine, until they realize their own lives are in danger.

I rarely felt self-conscious about what I did or didn’t have, but it wasn’t lost on me that my competitors for a coveted membership were arriving in expensive foreign cars while I arrived in a pair of sturdy five-year-old Florsheims that had been resoled four times and polished so much, the white stitching had turned black.

The racial politics at Harvard were complicated. Black students were in a tough position. If we spent too much time with white students, other blacks figured we had sold out. If we spent too much time with other black students, our white classmates figured we were angry separatists. The dining hall was one big murky fishbowl of social complexities. Everyone looked to see who was sitting with whom and how much time they spent interacting on the “other” side. I was lucky because playing a sport gave me a pass that the non-athletes didn’t have. By dint of my team and training obligations, I automatically spent time with both blacks and whites, which gave me immunity.

He had heavy bags under his eyes, as if miniature pillows had been slipped under his skin. He was military stocky and wore a pair of jeans that looked tight enough to constipate him.

Her T-shirt had j-u-i-c-y spread across it in small crystals, and the fabric was under so much tension, I thought the I was going to pop off and hit me in the face.

There were two things about Professor Charles Davenport that you’d never forget. He probably had the biggest ears of any man that’s walked the face of the earth, long doughy flaps that fell beneath his jawline with a forest of hair growing out of them. Then there were those glasses, big and black and rectangular, made all the more prominent by his hairless dome.


She had an uncanny ability to quickly put things into perspective and make molehills out of mountains.

Many people never even bothered leaving the tailgates, and most of those who did only entered the stadium at halftime, when their champagne had run dry or their canisters of caviar were empty. This crowd even cheered differently. They didn’t yell and clap like most football fans. Rather they spoke complete, grammatically correct sentences, saying things like, “What a magnificent play!” and “Thrash them, Harvard!” Sometimes it was difficult to tell if they were watching a football game or croquet match.

When the Harvard side of the stadium rose in unison, it was not to clap, but to jingle car keys in a massive show of approval. I watched in awe as thousands of Jaguar, Mercedes, and Rolls-Royce keys dangled in the air…

Money has an insidious way of making decent human beings behave in a most indecent way.

I wasn’t prepared for the complexity of this intriguing read and held on through a complicated and intricately woven tale with multiple yet equally compelling storylines. I pictured a handsome future President of recent history as the main character and it was a near perfect fit. There were compounded secrets within secrets and an endless and tantalizing quagmire to unravel. The writing was insightfully observant and sumptuously detailed. I reveled in Dr. Smith’s vividly colorful and amusing descriptions and looked forward to the introductions of each new character and locale. His premise pricked my curiosity and his well-crafted storylines kept it well fed while consistently pulling me in deeper and deeper into the group’s knotty and clandestine vortex. Like an iceberg, little was as it appeared to the eye. The characters were oddly unique and quirky, even the sinister ones held my interest and left me thirsting for more. The ending was highly satisfying with Spenser’s achieved results being better than expected and left a contented smile on my face.

Ian K. Smith is the author of nine New York Times bestselling nonfiction books, several of them, including Shred and Super Shred, #1 bestsellers, as well as one previous work of fiction, The Blackbird Papers. He is a graduate of Harvard, Columbia, and the University of Chicago’s Pritzker School of Medicine.