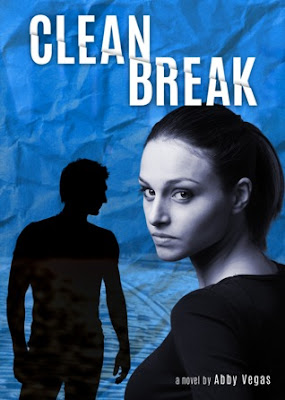 
Lane Haviland can’t seem to catch a break. She’s dead broke, barely functioning as an adult, and completely alone in New York City. Her so-called “apartment” is a six-by-nine cell in a Brooklyn basement. And her new boss hasn’t ever met a personal or professional boundary she can’t bulldoze through.

Still, Lane’s determined to at least attempt to claw her way back to respectability. But she can’t seem to get her mysterious handyman, Viktor, out of her apartment – or her headspace. Maybe that’s a good thing: Viktor’s easy on the eyes, and that deep-voiced Russian accent is beyond sexy. But as he and Lane grow closer, he can no longer hide his connections with a dangerous criminal underworld – where secrets can be deadly.

"Don't judge a book by its cover."

As I have said before, this saying is very popular and can have multiple meanings. In this case, I have three in reference to this book:

1. I did not accept this book to read because of its cover. I actually accepted it because of the blurb. I found it interesting.

2. The Main Character in this book also works hard not to judge other people. She doesn't achieve this goal when she lets other people get in her head.

3. This book can show even the cops can be a bad guy. Not all of them, but some of them can take advantage of the power from the blue uniform. (Now don't make this bigger by talking about CLM or BLM.)

This whole book is a big definition of that quote. Along with the character fighting her own demons and trying to make it through her struggles when she finds herself having a hard time. I like how strong this female character seemed. I liked how the author proved that you have to look past appearances, money, and rumors.You have to look past these things to really know someone.

The reason I rated 4 stars was because I thought the cover could have been better. I know I try not to judge a book by its cover. But you have to admit sometimes a cover can catch a readers eye and bring them in. Even if some of us try not to be that way.