Book Review: Look for Her by Emily Winslow 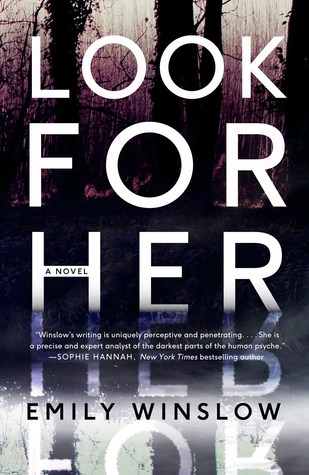 Look for Her
by Emily Winslow


Everyone loves a beautiful missing girl…

“Look For Her ratchets up the tension while also offering moments of sheer grace.”-Riley Sager, bestselling author of Final Girls

Lilling might seem like an idyllic English village, but it’s home to a dark history. In 1976, a teenage girl named Annalise Wood disappeared, and though her body was later discovered, the culprit was never found. Decades later, Annalise maintains a perverse kind of celebrity and is still the focus of grief, speculation, and for one young woman, a disturbing, escalating jealousy.

When DNA linked to the Annalise murder unexpectedly surfaces, cold case detective Morris Keene and his former partner, Chloe Frohmann, hope to finally bring closure to this traumatized community. But the new evidence instead undoes the case’s only certainty: the buried body that had long ago been confidently identified as Annalise may be someone else entirely, and instead of answers, the investigators face only new puzzles.

Whose body was unearthed all those years ago, and what happened to the real Annalise? Is someone interfering with the investigation? And is there a link to a present-day drowning with eerie connections? With piercing insight and shocking twists, Emily Winslow explores the dark side of sensationalized crime in this haunting psychological thriller.

I divorced Charlie seventeen years ago.  No, wait, eighteen years now.  Eighteen years!  Our divorce is now old enough to vote, or buy a drink at the pub.

How is it that some crimes capture so much public imagination that people – strangers, even – still grieve them decades later?  It’s like historic ghost stories.  Most deaths, even terrible ones, get let go of, but occasional ones, for being particularly surprising, ironic, iconic, or grisly, get remembered as spooky tales.

The book started with a decades-old cold case murder mystery, which was being pursued again.  The case had gripped the area and nation for a brief time in the 70’s after the event and again sixteen years later when a badly decomposed body was found and assumed to be the same missing teenager, although efforts from both previous investigations had been fruitless. There were several overlapping threads in addition to the police case that added to the mystery with intrigue, dead ends, misdirection, secrets, lies; flawed, broken, and vile yet compelling characters; and the ongoing family dramas of the various households of the characters contacted and involved in the case.

This was a slowly developing story and I enjoyed Ms. Winslow’s unpredictable and densely packed storylines as much as I did the compellingly crafted and flawed characters.  The premise was clever, relevant, and believable while the storylines were complex and multi-leveled, yet well-paced, engaging, and unpredictable.  I had devised and cast aside several theories as I read, all incorrect, every single one of them.  The multifaceted tale was written from multiple POVs, yet I didn’t have a problem keeping track as each of the multitudes of characters were distinctly drawn and plucked at my curiosity with a desire to know more.  I would enjoy going backward and reading the previous books in the series although that wasn’t necessary to follow this story.  I was provided with a review copy of this intriguing tale by HarperCollins and TLC Book Tours. 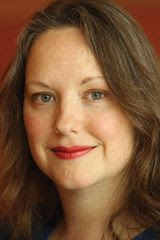 Emily Winslow is an American living in Cambridge, England. She is the author of the novels The Whole World, The Start Of Everything, and The Red House.  Find out more about Emily at her website, and connect with her on Facebook.